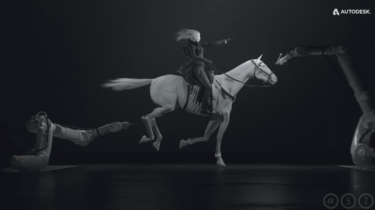 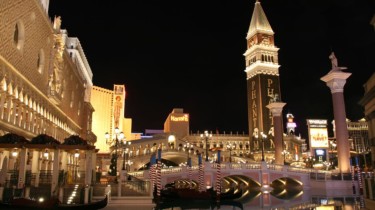 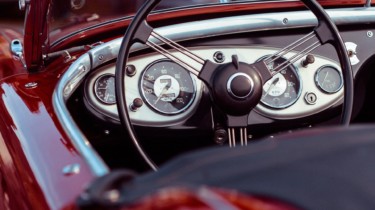 I certainly hope everyone had a wonderful Christmas, and got to spend some quality time with your family. Thanks to a rather historical snow the Saturday before Christmas, here in Richmond, VA we did still have snow on the ground for Christmas.  Aside from the big piles of snow found in nearly every parking lot throughout town, by the morning after Christmas all the snowmen had melted away.

Goodness, am I not the worst blogger ever? My apologies to all of my loyal readers; last week was quite a monumental week. As I have mentioned a few times before, The CAD Geek is something I do in my free time. Consequently the time I would have otherwise spent blogging, was spent putting a contract on a house. That’s right, I am about to enter the world of being a first-time homeowner. As I am sure many can appreciate, it’s both exciting, and a little scary! Anyone wishing to make a donation to the “Donnie Gladfelter Home Ownership Foundation” is welcome to. For anyone interested in contributing, I accept all major credit cards through PayPal. Sorry donations are not tax deductible, but they will allow me to blog from the comfort of a couch, not my floor ;-).

Nonetheless, after going all last week without blogging, I am back with a post to introduce the all-new Action Recorder inside AutoCAD 2009. Looking through my e-mail archive, I can’t tell you how many e-mails I have received from readers such as yourself asking about script files. Personally, I have always liked SCRIPT files because they are relatively easy to learn and even easier to use. Even still, SCRIPT files intimidated many and proved elusive to many CAD Users.

Autodesk began shipping many of their 2009 products starting Monday. Among those released is their flagship product, AutoCAD 2009. If you just can’t wait until your subscription shipment makes its way to your doorstep, a fully-functioning 30 day trial can be downloaded from the Autodesk website. As I have said in some previous posts, the big new feature in AutoCAD 2009 is more-or-less the user interface (UI) as a whole.

Just about every red blooded AutoCAD user I have ever met has first asked “How do I use XYZ Feature?” After they learn how to use XYZ feature, their next question is “How do I customize it?” Last month I gave a quick how to with my “Introduction to the AutoCAD 2009 Ribbon”. This month, we’ll take a look at customizing the new AutoCAD 2009 Ribbon. At first glance, the Ribbon may seem like a brand new cryptic monstrosity at the heart of new release. Good news is the “all new” Ribbon isn’t really all that new afterall.

Many within the CAD industry (myself included) coined AutoCAD 2008 the “Wish List Release”.  After many years of asking, we were finally given things like annotative scaling and multileaders. AutoCAD 2009 seems to continue that to some degree, but it’s true focus is the UI (User Interface) itself.  Looking back, the last time we have seen a major UI overhaul was with Release 13 when AutoCAD said goodbye to MS DOS and hello to MS Windows. Just the other day I was reading a post at Civil3D.com by James Wedding titled “Death, Taxes, and the Annual Release Cycle“. While his post was mostly about the upcoming AutoCAD Civil 3D 2009, he did make a quote I think embodies what AutoCAD 2009 is all about.  He said “2009 isn’t the revolution, it’s the evolution, and to me that’s a good sign”.

Packed within AutoCAD 2009 you’re not going to find the next Annotative Scaling or Sheet Set Manager.  Instead what you’re going to see is an all new UI that Autodesk will certainly harness in future releases.  While getting used to the new UI will be a paradigm shift in-and-of-itself; I think the true power of the new UI will be seen in the future. Starting with AutoCAD 2009 we’re no longer trapped within a static interface.  Instead we start seeing some dynamic UI elements.  Among these is the new Quick View Layout, and Quick View Drawing feature.

In the past switching between drawings or layout tabs was a blind operation.  We would have no clue what a given drawing or layout tab would look like until we switched to it.  This is where the Quick View Layout and Quick View Drawing feature comes in.  Using this feature we are now able to see a thumbnail for both drawings and layout tabs before we switch to them.  Making this feature even more appealing is the inclusion of additional functions such as plotting.

A complete introduction to this new feature can be found in the following video:

Last Tuesday MSNBC, CNN, and every other American news outlet dubbed February 5, 2008 as “Super Tuesday”.  Seeing that Virginia (where I live) wasn’t included in the Super Tuesday primaries; Super Tuesday wasn’t much different than any other Tuesday.  Fast-forward a week to February 12, 2008, and you get what I call a Super Tuesday!  Autodesk had some pretty exciting announcements to make.  No Carl Bass (Autodesk CEO) isn’t running for president.  Instead, what Autodesk is about to do is release their line of 2009 products, and you know what that means.  An all new AutoCAD, Civil 3D, and the many other Autodesk products!

So what can we expect in AutoCAD 2009?  Well the list is somewhat long.  If you would like to see the complete list, hop over to Shaan Hurley’s Between The Lines Blog, and check out his The 2009 Products Including AutoCAD 2009 post.  Stay tuned here at The CAD Geek Blog for some indepth looks at the new features within both AutoCAD 2009 and AutoCAD Civil 3D 2009.

The most notable of the scary new features is the all-new Ribbon.  Microsoft Office 2007 was the first mainstream product to employ this new GUI.  Autodesk in their 2009 release of AutoCAD have followed suit with their version of the Ribbon.  At the end of the day, the Ribbon is really nothing more than the new Dashboard, but with some twists.  Below you will find a quick video introducing how to use the new Ribbon in AutoCAD 2009.

Read moreIntroduction to the AutoCAD 2009 Ribbon