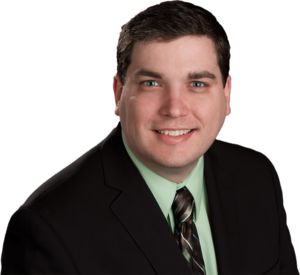 Connect with The CAD Geek

Donnie Gladfelter is a highly respected thought leader in the CAD community and Autodesk Expert Elite member with more than two decades of experience in the AEC industry. He is author of six Autodesk Official Press books, The CAD Geek Blog (https://thecadgeek.com), and dozens of Autodesk University classes since 2007. As an experienced speaker, Autodesk Certified Instructor for ten-years, and an award-winning speaker at Autodesk University, Donnie has presented to audiences of 60,000+ people and provided training to thousands on Autodesk design technology. Today, Donnie is the design technology manager at Timmons Group, an ENR Top 500 civil engineering firm headquartered in Richmond, VA where he is responsible for organizational development including learning, knowledge management, and design workflows across the firm

Autodesk Certified Instructors are globally recognized as technical experts who have mastered the requirements to provide official Autodesk training.

Speaker at the world’s largest gathering of Autodesk software users since 2007.

The Autodesk Mentor Program provides a live-chat experience for new users to connect with an industry-recognized expert.

A proven communicator, Donnie has reached thousands of people worldwide through many publications and various public speaking engagements. As a popular Autodesk University speaker, Donnie presented three sessions and assisted another at Autodesk University 2009.  Donnie was also featured in many on-camera interviews, including an appearance on the popular In To Tomorrow show with Dave Graveline. In addition to such speaking engagements which have ranged in size, up to 60,000 people, Donnie is also known for his many published works.

Donnie is the author of the book and Autodesk Official Training Guide titled AutoCAD and AutoCAD LT: No Experience Required due to bookstores in June 2010. Other published works include his many articles for the popular AUGIWorld magazine. Donnie’s evangelistic nature is further illustrated by the many topics he covers on the popular The CAD Geek Blog. Welcoming thousands of CAD professionals each month, his blog has been recognized as a leader by the industry. In February 2009 and March 2010 Donnie was among a small group of bloggers invited to San Francisco, CA by Autodesk for the AutoCAD 2010 and AutoCAD 2011 launch events.

Donnie’s professional reputation has been founded on both integrity and loyalty. These ideals have been achieved by subscribing to a simple, but effective personal mantra to “empower CAD professionals”. With an unwavering commitment to his craft, Donnie continues to embody this mantra by empowering the next generation of architecture and engineering professionals as a trainer and consultant to firms nationwide. In that role, he hosts classroom-style training sessions and helps reinforce that training with subsequent mentoring sessions.

Prior to becoming a consultant and trainer, Donnie was the Design Systems Specialist (Assistant CAD Manager) for a multi-disciplinary civil engineering firm headquartered in Richmond, Virginia. An ENR 500 firm, they employed more than 350 people in nine offices throughout the Mid-Atlantic. During his nearly six-year tenure there, Donnie was jointly responsible for providing the technical support and training provided to each of their CAD professionals. In that role, he was also responsible for the development of a collaborative Civil 3D BIM workflow used for a wide-range of projects within the firm.

Donnie Gladfelter lives in Richmond, Virginia where he and his wife Helen can oftentimes be found visiting regional historical sites, taking photographic excursions, attending a diverse selection of concerts, and skiing/snowboarding. Among some of their recent excursions includes visiting the Usonian Pope-Leighey House by world renowned architect Frank Lloyd Wright. Donnie is also an Eagle Scout, and Vigil Honor member in the Order of the Arrow (Scouting’s National Honor Society).

Below you can find a summary of Donnie’s published works: