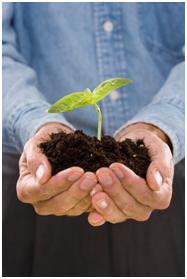 A special thanks to Lynn Allen for her presentation to the Richmond AutoCAD Manifest (RAM) Thursday night. After Lynn’s presentation I along with some other RAM members had a chance to chat with her. Numerous topics came up during the course of conversation. Oddly enough of all the topics we discussed, files seemed to be the most entertaining – don’t ask. Although not in the same context, the topic of files leads me into a common question about CAD Standardization. How does one start a CAD Standard?

Before I answer that, let’s think for a moment why we create CAD Standards. The simple answer here is to make it so each of our projects share a common foundation. Consistency = Efficiency. Thus, classifying your layer standard to be the most important element of your CAD Standard is like saying one foundation block is more important than another.

Individually each block which makes up a foundation is rather insignificant. What does make that block significant is the way it links to other blocks, creating a finished foundation. Without each block in place, the whole thing falls down. CAD Standardization is much the same. Arguing graphical standards are more important than other procedural standards is much the same as arguing one block is more significant than another in a foundation. Under that premise, the most important piece to a CAD Standard is a function, not a standard whatsoever.

The truth to CAD Standardization is that without user buy-in, your standard will likely fail. If your firm is like most, your users are not so excited about change. Perception is generally “it will take more time for me to learn a new standard, than it will take to stick with what I know”. This is probably true. A typical user can probably be more efficient doing what they know currently than they would learning some new way of doing things. Of course the challenge here is to convince that elusive user to change their ways, to your new, more efficient standard ? but how?

There are two important points to recognize at this point. First, perception is reality. If people think a standard is slower, that’s enough for them to conclude it is in fact slower. Secondly, each piece of your standard is just as important as the next. One step forward is always better than standing still.

Let’s face it, layer standards get personal, very personal. Oftentimes a new layer standard translates to new naming conventions, new on-screen colors, lines plotting at different thicknesses and so on. Users translate so much change to; wow ? this is going to take forever to learn.

Such a conclusion is difficult if not impossible to overcome. If nothing else it will surely distract you, and make you focus on making peace between users rather than helping your company move forward becoming more efficient through standardization. Recognizing the human element to CAD Standards is arguably more important than the printed element why make your first standardization topic, one of your most difficult?

We know the best way to get buy-in from your users is to get them involved in the planning. Multi-disciplinary firms can be especially hard to standardize; architects work differently from engineers, engineers different from surveyors. Differences aside, each of these disciplines must collaborate during the design process. The likelihood of getting each of these parties to agree on a layer standard out the gates is slim-to-none.

The point here is to find something that would be perceived as evolutionary, not revolutionary. Something far less intrusive than a layer standard, say file management. File management is a pretty interesting topic. Looking to the human element, file management is not incredibly intrusive. Sure it will result in users naming their files a little differently, and putting them in new locations. One thing it will not do is change the way your drawings look when plotted.

This is an important observation, as people aren’t nearly as picky about the name and location of their drawings as they are their look. More important than the physical changes is the changes in perception. As users begin using the standard they will begin to appreciate the newfound organization. Suddenly the file that took 5 minutes to find can be found in 10 seconds. Users are benefiting in the way they can find files more efficiently, you as a CAD Manager are “greasing the skids” for the more challenging topics ahead like layers.

Assuming you were diligent about getting user-input, and actually incorporated their ideas into the standards, people will begin perceiving you as someone out to make their life easier. Even if it’s subconsciously, users will begin recognizing you have them in mind when proposing change. Each firm being different, there is no magical order in which a CAD Standards should be developed. Truth is no one block is more important than the other. Instead the importance lies in the way each block fits together. When it comes to CAD Standardization, no topic is easy. Each topic has its challenges; just some topics have more challenges than others. The order in which you address each standardization topic is truly as important as the topics by their self. Just remember CAD Standardization is not a sprint, but instead a marathon. 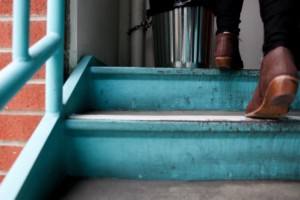 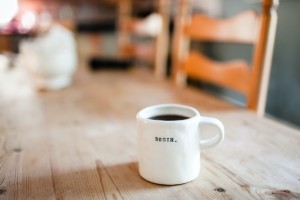