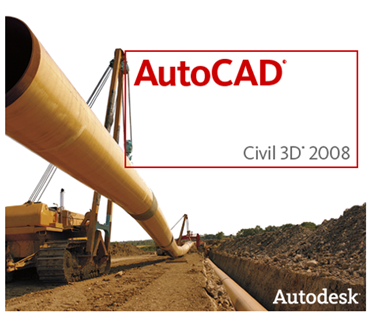 Well you know that they say â€“ first impressions are everything. Let’s hope that is the case for Autodesk’s upcoming release of Civil 3D 2008. Those of us in the Civil industry have for a number of years now been taunted by the design tool of the future â€“ Civil 3D. We got our first glimpse of Civil 3D with its 2004 preview release. Back then it was in no way a practical design tool, as it lacked in many key areas. While each release become more stable, and added additional functionality, overall Civil 3D has not dethroned Land Development Desktop as the primary design tool for a large number of firms.

Anyone who has used previous releases of Civil 3D has likely experienced some horror story. Since deploying 2006 in our office we have hosted a few pilot projects in various departments. Overall each of these pilot projects have benefited from the migration to Civil 3D. Although successful that is not to say everything was smooth sailing. Corrupt drawings, especially in drawings containing parcels, hampered our residential department. Saving often truly became a necessity as corrupt drawings and crashes were somewhat common place. But that was Civil 3D 2006.

In Civil 3D 2007 we were provided a much more stable product, and the service packs did nothing but make Civil 3D even better. While 2007 saw many first-time Civil 3D users, it still did not convince the masses. But what’s that on the horizon â€“ Civil 3D 2008? I think it’s an undeniable fact that Civil 3D 2008 is by far the best release to date. But what exactly makes it the best?

As you can see from the lost above our friends at Autodesk have been working hard over the last year to make Civil 3D a viable design tool. Currently a large number of people are still using Land Development Desktop, waiting for the day they can begin using Civil 3D. Personally, my first impression of Civil 3D 2008 is that it could very likely be THE release the masses begin migrating to Civil 3D. After all invaluable features such as the Lines and Curve menu has been added to the package, performance enhancements have made it more stable, and countless time saving tools have been added once again. Working as a CAD Manager I can’t help but be excited at the possibilities Civil 3D begins opening up for us. Only time will tell if my first impression of Civil 3D 2008 is correct, but after testing it for a number of months now I can’t see any reason for it not to continue dethroning its predecessor â€“ Land Development Desktop.