Given the wide breadth of tools and commands inside products such as AutoCAD and Autodesk Revit, it can oftentimes be difficult to communicate the exact steps necessary to reproduce a procedure. Regardless if you’re requesting help or providing it, a missed or slightly altered step can mean the difference between solving an issue or it remaining unsolved. It’s for those reasons I’ve been so excited to try out Autodesk Research’s Project Chronicle. 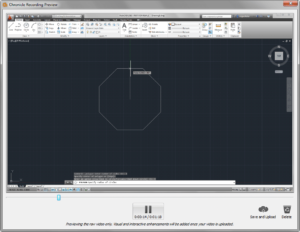 Project Chronicle is a technology preview from Autodesk Research that allows you to record a video of your screen and then upload it to the Chronicle website for sharing. Of course, the ability to record your screen, upload it to a website, and share it with an audience of your choosing isn’t exactly an original idea. Tools such as Techsmith’s Jing product has done an exceptional job offering that very service for years now – so what makes Chronicle so special?

What makes Chronicle both innovative and worthwhile for AutoCAD and Revit users is its integration with those products. Project Chronicle doesn’t just record a video of your screen accompanied by voice narration. It takes those two functions a step further, and captures what actions you carry out, what commands, settings, dialog boxes and more were used.

Playing back a Chronicle recording is much like playing a YouTube video in the way both video and sound are played back, however the extra information Chronicle captures makes for a unique playback experience. Instead of just video and voice, Chronicle also displays an interactive timeline of the AutoCAD or Revit commands used to accomplish each step of the procedure a Chronicle documents. Just what does all of this look like? To answer that I recorded a very simple Chronicle to illustrate the steps necessary to draw a stop sign. You’ll notice the video displays my cursor, highlighting whether I click the left or right mouse button, lists the commands I used, and illustrates those commands usage with a timeline along the bottom of the video. 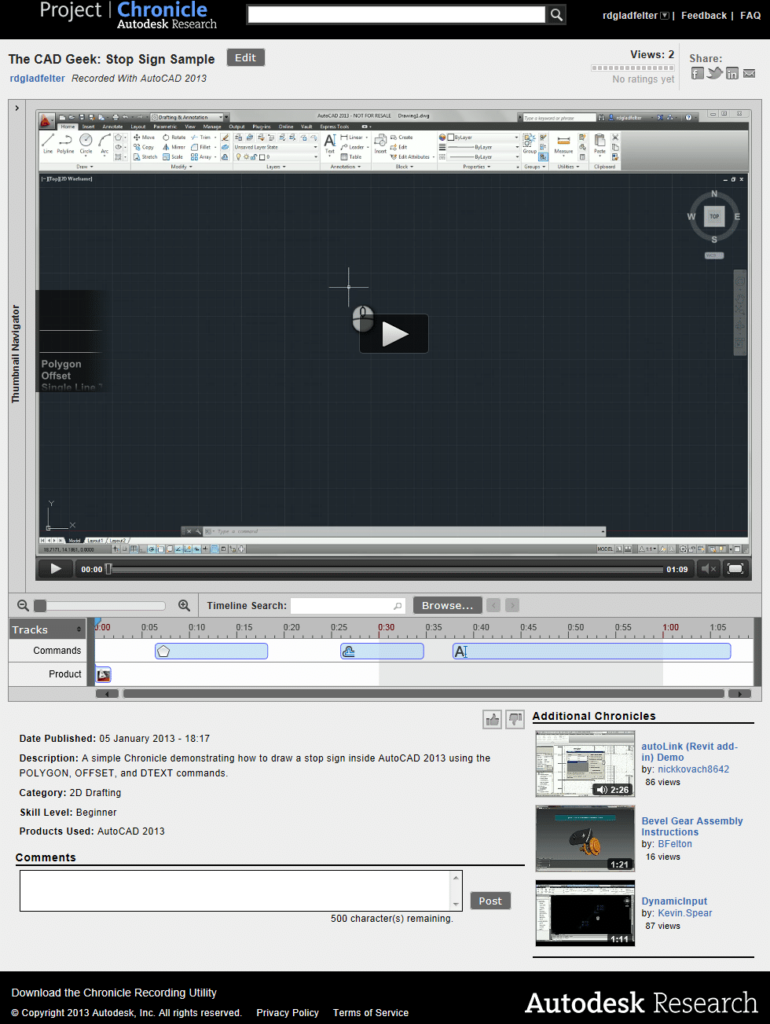 So just how do you go about creating your own Chronicles? It’s actually easier than you might think. Just point your web browser to http://chronicle.autodesk.com, and download the plugin for AutoCAD and Autodesk Revit. Once installed you can create your own Chronicles by navigating to the Plug-ins tab within AutoCAD or the Add-Ins tab in Revit, clicking the Launch Chronicle button in either program. From there onscreen instructions will guide you through the process of recording, and then uploading to the Project Chronicle website.