Aside from being rather absent from the blogosphere, I have found myself using AutoCAD for Mac more and more lately. In fact, my company and I are preparing to host an AutoCAD for Mac training class in the next month. While the gap between the Mac and Windows releases of AutoCAD 2011 left me wishing for more, the 2012, and especially the new 2013 release dramatically narrow the gap between the two platforms.

No matter how small the gap between platforms, a missing tool is a missing tool. Since AutoCAD for Mac was a complete rewrite, and the Express Tools team has long been dissolved, it only makes sense Autodesk chose not to port Express Tools to the Mac platform. Regardless of the incredibly logical reasons behind the decision, it still doesn’t supersede the frustration of a missing tool.

I came across that very situation as I opened a drawing that was sent to me, and had linework drawn at many elevations. Express Tool users know the perfect solution to this problem is the FLATTEN command. Trouble is, AutoCAD for Mac doesn’t have the FLATTEN command since its part of the Express Tools bundle.

Booting Parallels to open the Windows version would have been too easy. Instead, my solution was to create a custom macro. I was able to very easily do this by:

What the above macro does is moves the objects you select above the maximum range for AutoCAD which results in those objects being placed at the maximum height of 1e99. Now that all of the selected objects share a common elevation, we can move them down –1e99, and the final elevation will be 0. Put another way, the functionality of the FLATTEN command has been emulated through a Macro.

Adding to a Tool Set

Adding access to your newly created Macro is just a matter of adding it to a new or existing Tool Set. To do this: 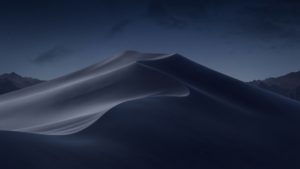