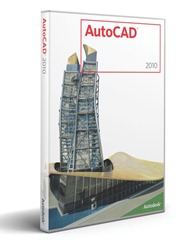 I don’t typically do “Weekly Roundup” posts, but there’s only so many posts one blogger can crank out in one week, and well the number of worthwhile announcements exceeded that threshold this week. Bad news if you’re a blogger trying to write about all the cool things you come across, EXCELLENT news if you’re an AutoCAD user!

This is your chance to tell Autodesk what you want them to add to the software. While it’s unlikely every wish will make it into the next release of the software, you better believe each of them will be considered. Don’t believe me, just look at the last several releases of AutoCAD. Many of its most timesaving new features were born from AUGI Wishlists. You have to be an AUGI Member to vote, but that’s free and gets you a lot more than an opportunity to vote on the Wishlist.

AutoCAD and the Internet Survey

While I’m on the topic of surveys, here’s one from Autodesk. They’re looking to gain the most complete understanding about CAD-related internet usage so that we may be able to make effective design decisions. The survey will take a good 30-35 minutes, but its well worth it. Anyone who uses AutoCAD is encouraged to take the survey; you name it, anyone from designers & drafters to CAD managers.

Formerly known as Service Packs, Update 2 for AutoCAD 2010 and AutoCAD LT 2010 was released yesterday. It’s worth noting this is just for AutoCAD and AutoCAD LT, not any vertical products. With Update 2 out, I’d expect several vertical product updates to follow in the coming weeks. As always Update 2 includes everything Update 1 does. After installing, be sure to run the ABOUT command and verify it says something like “AutoCAD 2010 – English Version 3”. Initial release + 2 updates = 3rd version.