Autodesk’s annual user conference, Autodesk University, will bring thousands of Autodesk product users to the Venetian Hotel and Resort in about a week. Several bloggers have already made posts highlighting AU survival tips like “bring chap stick” and “wear comfortable shoes”, but what about the gadgetry necessary to survive the conference?

This post will leave tips like “drink plenty of water” to other bloggers, and instead focus on the gadgetry this geek feels will help you the most at Autodesk University 2011.

Many guides to AU will emphasize the importance of writing down the genius ideas you learn, because you will undoubtedly forget them. This geek couldn’t agree more with that statement; except for the fact even writing things down will see some amount of information loss. This is where the smartpens from Livescribe come into play.

After contemplating one of these for a very long time, I finally gave into temptation several months ago and picked one of these up. Let me say, this pen has absolutely changed the way I take notes during meetings and presentations for the better. Instead of obsessively trying to write everything the presenter is saying for reference later, I simply write key bullet points around the essential topics of the presentation, thus paying much closer attention to the actual presentation.

Since the pen not only records what I write, but also what I hear, the net result is little-to-no information loss when I leave the presentation. After the meeting I can upload a PDF containing both the written notes and audio recording to Evernote for permanent archival. I can likewise tap a note I want to reference, and the audio will start playing from that point. To me, this is an essential gadget, even for non-geeks.

You’ve probably noticed really weird pixellated black and white squares invading everything from magazines to the shelves at many retailers. The official name for these black & white boxes is QR, or Quick Response, codes. There’s no question these will be showing up everywhere from the exhibit hall to the presentations during this years conference.

Due to be released this week, the Autodesk University mobile app is a must have when navigating the conference. It will tell you what’s open when, what sessions are offered at what times, as well as a wealth of other valuable information about the conference. Back to my iOS and Android comment, if last year is any indication about what to expect this year, last year’s application was not designed for the BlackBerry platform.

Thanks to it’s integration between my desktop (Mac & PC), web browser, phone, and tablet, this has become one of my must have applications. Since notes sync between each of those platforms, a quick note taken on your phone during a networking event is available alongside the session notes you took using your iPad or Livescribe Smartpen sometime earlier. In addition to uploading session notes to Evernote, another recommendation I have is to use it to snap a photo of a person’s business card (or nametag if you’re so bold), and jot down a few notes about the conversation you have with them so you know why you collected that person’s business card in the first place. I simply can’t tell you how many business cards I have from past AU’s where I have no idea why I talked to the person in the first place.

This has become an invaluable application for me when traveling through airports. I simply forward my confirmation email to the service, and it generates an itinerary I can load into my phone or share with a family member back home. Additionally, it also tracks the status of my flights (is it delayed, has the gate changed, etc) so I no longer have to read through 10 monitors of flights in the airport – I can simply look at my phone.

Even if you’re not a “twit” you’ll want to download and install Twitter. Reason being is that a large number of conference attendees will be tweeting from the event, sharing information you’ll want to know. For those unfamiliar with Twitter, there’s really no need to stress about who to follow in advance of the conference, simply create a saved search for the hashtag #AU2011, and you’ll have access to the fill AU 2011 twittertary.

I know every smartphone (and even many “dumbphones”) have a calendaring app built right in. I’m certainly not proposing you change calendaring apps, but instead pay attention to the time zone in which you enter events. Many years ago I had the genius idea of adding my classes to my calendar (and thus my phone), except I forgot about the whole time zone thing. Most calendaring apps like Outlook and even Google Calendar let you specify a time zone for your events. Use this feature so the calendar in your phone is actually useful when you’re in Vegas.

A few years ago I lugged my laptop with me just about everywhere I went throughout the conference. This meant I had a very sore back by the end of the conference. My biggest bit of advice for anyone attending AU is to travel as lightly as possible. This is where the iPad (or other tablet device) comes into play for me. While I certainly had my laptop with me at AU last year, thanks to my iPad I was able to leave it in my room except for when I was presenting. I had my doubts, but my iPad empowered me to complete any and all tasks I would have otherwise done on my laptop while navigating the conference. In addition to the tablet itself, I would personally recommend the aforementioned list of apps, plus the following:

So this is a duplicate, but it’s a duplicate because it’s that important. The app should be out later this week, and judging from last year, should be available for both phones and tablets. You will undoubtedly appreciate having the entire show guide available to you on a screen larger than a deck of cards.

I’ll talk about cameras in a moment, but if you’re bringing a camera outside of the one on your phone, get the camera connection kit for your tablet. The nice thing about the camera connection kit for the iPad is that it also introduces a USB port to your iPad. This USB port can be used for all sorts of things. I’ve personally used mine to hook up an external keyboard, plug in a headset to do a recording or chat via Skype. The possibilities are truly endless.

Some may find the camera on their phone more than adequate, however do remember that with thousands of other attendees – you won’t always be close to the action. For this reason, I’ve always preferred carrying a real camera with me at the conference. While my personal preference is the Nikon D7000, you’ll likely want to opt for a lighter camera unless you’re a shutterbug. My recommendation is any camera that can fit into a pocket that at least has a modest zoom lens on it.

The benefit to a real camera is its superior optics. The downside is the simple fact you have to connect it to a computer to share the images. This downside is the basic gap the Eye-fi wireless memory card bridges by connecting to or creating (if no network is available) a wireless network that lets your camera send photos to your phone for real-time sharing. The memory card also has the added benefit of geo-tagging your photos based on the location recorded by your mobile device. While I’ll be using this in my Nikon D7000, it works with nearly any digital camera that uses SD memory cards (the ones that look like a really small 3.5” floppy disk), so your pocket-sized camera will work the same as my DSLR.

So there you have it, my essentials for navigating the halls of Autodesk University is simply pen & paper, a smartphone, an iPad, and a camera. When picking out the gadgetry you’ll carry during Autodesk University less truly is more. You’ll want to pack as lightly as possible, while remaining as connected as possible. Instead of a shoulder bag, I would personally recommend either a backpack, or no bag at all. Your back will appreciate either of those over the slightly more professional, yet more strenuous shoulder bag.

As many of my fellow bloggers will express in their own posts, Autodesk University is a professional technology conference. AU isn’t like some other non-technology conferences where wielding techy gadgets will make you stand out in a bad way. Gadgetry is something that’s largely embraced by those attending AU, but you’ll want to ensure you wield your gadgetry in a balanced way. Subscribe to a conference mantra of networking before gadgetry, and you’ll be OK at achieving this necessary balance. 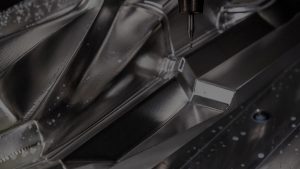