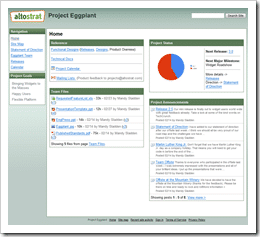 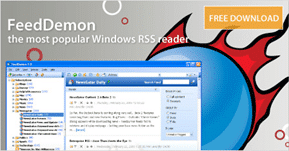 Over the last several years the number of CAD blogs, and blogs in general, have multiplied many times over.  Back when there were only a handful of CAD sites worth visiting, it wasn't too tough to manually visit each one on a periodic basis.  These days that number has multiplied many times over, as there are a countless number of blogs worth visiting.

One challenge that comes from so many great sites is keeping up with them all.  Most modern-day blogs out there have what is known as an RSS Feed.  By subscribing to the RSS feeds of the sites your frequent, you can be notified as those sites are updated with new content.  A program or utility known as a "Feed Reader" is actually what will notify you of a new post.

Those who read my last post, "Inserting DWG’s into MS Word or PowerPoint" may recall the mention I made about PDF Creator.  Since it seems many of you were interested in that tool, I thought it may be appropriate to share some other tools that I have used and/or know about.  If you're a big web surfer you have likely read a number of Top 100 Free Utility lists.  It's not my intention to litter this post with so much excess baggage.  Instead I have tried to keep this list as concise, and as relevant to CAD users as possible.  Even to that end, I know there are probably many more free tools than included on my list which a CAD user may find helpful.  If you would like to share such utilities, please do so by leaving a comment on this post.