There’s a myth among CAD and BIM managers that authority is the secret to success. A common belief is unless you are given the authority to enforce what you create, the odds of being successful are stacked against you. Struggling to get my firm to adopt the standards I had developed for it, there was a time where I too subscribed to this belief. I thought to myself (and sometimes out loud), the company’s CAD standards will remain a dream of unrealized opportunity until I’m given the authority to enforce the standards.

Like so many I’ve spoken to over the years, the mystery I couldn’t solve was why the company had made it my responsibility to build CAD standards but not given me (or anyone else for that matter) the authority to make sure they were used properly? How could a company I admired for its history of smart business decisions fail so badly with this one?

Focused on solving this mystery, I tried everything I could think of to convince the company to give me the authority I needed to make pure awesomeness happen with respect to our design software. I did everything I could to navigate the corporate hierarchy both above and laterally to me; making my case to anyone who would listen. Still, days turned into weeks. Weeks turned into months, and while I got the politely cooperative head nod affirming the merits of my arguments – I made very little progress. Put simply, the company had a CAD standard that no one used because no one had the authority to make sure it was used. Or at least that’s the version of the story I firmy believed in.

That belief didn’t change until I finally took a step back to reevaluate what I was asking for. After all, didn’t Albert Einstein say the definition of insanity was doing the same thing over and over again and expecting different results? By every objective measure I could think of, I was a certifiably insane CAD manager.

In taking a step back, I quickly realized I was asking for and pursuing the wrong thing. What I needed to enforce our CAD standards was influence, not authority. Some might say influence and authority are synonyms, and in many ways you’re probably right. The net result from each of these terms is largely the same; having the power to affect the way people use design software at my company. Who cares what you call it so long as people use the software the way they should be?

Frankly, not many people should care what you call things, and fewer than that probably do care inside your firm. My advice to you is not to waste your time trying to promote your definitions of the words authority and influence. Afterall, wasn’t it a series of tell and ask assertive behaviors that got you here in the first place?

Although the net result is the same, the difference between authority and influence is how you receive the power you need to oversee the use of standards inside your organization. The quest for authority is just a disguised way of asking for this power to be given to you as a singular action. By contrast, the quest for influence is a form of authority earned through a series of actions. Put another way, authority is something given by your superiors, influence is something you earn from your peers.

As a CAD/BIM manager you’re expected to be as much a leader as you are a technical expert. Strong leaders know authority is something that’s earned, not given. I suspect it’s for this reason so few company’s give their CAD/BIM manager the authority to enforce standards. They instead leave it to the CAD/BIM manager to find ways to lead the use of things like standards within a orginization.

There are numerous tactics one can employ to earn influence within a orginization. I’ll share some of my own thoughts into that topic in future blog posts. In the meantime, let me know in the comments whether you were given the authority to enforce standards at your company, or if it was something you had to earn? What tactics did you employ to earn that status within your company?

Donnie is author of the book and Autodesk Official Press, AutoCAD and AutoCAD LT: No Experience Required, a columnist for AUGIWorld Magazine, Autodesk University speaker, and former member of the AUGI Board of Directors.
PrevPreviousAutodesk “Make Anything” 2017 Showreel
NextAutodesk AEC Answer Day – March 8, 2017Next 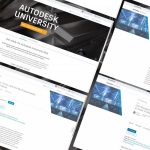 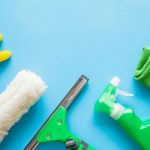 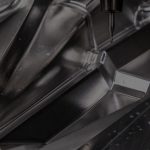 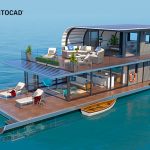