Dana Probert over at the Engineered Efficiency Civil3D.com blog wrote about quickly changing your Civil 3D Drawing Scale with the new Annotation Scale. Using the Annotation Scale fly out on the Status Bar we can quickly change our Civil 3D Drawing Scale. Those familiar with previous versions of Civil 3D will recall having to go to the “Settings” tab from the Civil 3D Toolspace. So that tip helps us out when working in Model Space, but what about Paper Space. 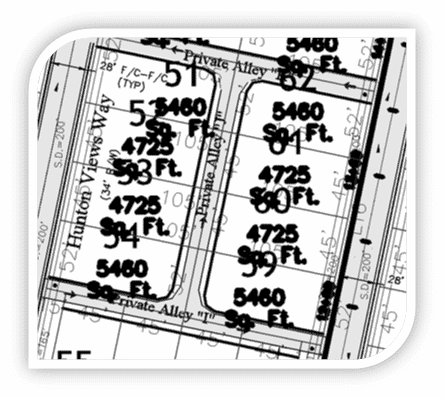 If you frequent mine or any blog on the internet you have likely become familiar with a little thing called RSS feeds. RSS is of course an acronym, which depending on who you talk to has a few variations. The generally accepted definition for RSS is Real Simple Syndication. Many people who frequent a specific blog will add it to a feed reader.

The power behind RSS feeds are their flexibility. They can be added to an array of feed reading devices such as My Yahoo, Google Reader, even the latest versions of Outlook and Internet Explorer. Although each of these programs has their differences, the core similarity is the ability to group together multiple RSS feeds, effectively notifying an individual when a website of interest is updated. But even still what does all of this have to do with AutoCAD?

Various notes & callouts can easily inundate a plan sheet making it hard to discern the actual design. Thus in the interest in making plan sheets more readable, a common practice is to have numerous leaders referencing a single note. Prior to AutoCAD 2008 the only solution was to trace over the original leader when drawing any subsequent leaders. It’s tough to call that practice a solution, as it was more a workaround, but at the end of the day it was all we had to work with. It likely goes without surprise that the ability to have numerous leaders “attached” to a single piece of text has been a longstanding AUGI Wishlist item. In the words synonymous with the 80’s band Queen â€“ “Another one bites the dust”.

So I am back from Washington DC where I have been for the last couple days. Staying over Wednesday night, I spent the day Wednesday simply enjoying our nation’s capital and paid a visit to the National Zoo. Contrary to popular belief I have hobbies other than playing with CAD. In fact I am also

As most know AutoCAD 2008 was released about 2 weeks ago on March 23. Perhaps the most exciting new feature in AutoCAD 2008 is what is known as “Annotative Scaling”. I have often referred to the 2008 release of AutoCAD as the “your wish is now a command release”, and Annotative Scaling is of the

Many have discovered the power of Tool Palettes. Tool Palettes have a seemingly endless number of applications. Of the uses of Tool Palettes is the ability to categorically organize your block library. Blocks which relate to your drainage design can be put on a palette separate from those blocks relating to your utility design. By

After taking a look through some reader feedback it seems a fair number of you have reached my blog looking for the release dates for the 2008 civil product line. In light of that response I went out and did some searching of my own to uncover what, as best I can tell, are the

On a somewhat frequent basis I get a call from a user desperate to rid their drawing of the plethora of duplicate objects that in one way or another has plagued their drawing. There is of course the grueling method of individually selecting each duplicated object and running the ERASE command, but surely there is

Embedded into the functionality of the viewport command is a list of standard viewport scales. These preconfigured scales allow a user to set the scale of a viewport in a matter of seconds. While the included scales save a lot of time for a fair number of the industry’s most common scales, it does not